A man’s life is forever changed after experiencing an event that gives him a new and unique perception of the world around him. 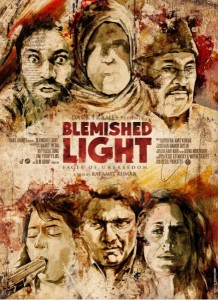 In New York arrives a fundamentalist Muslim man imprisoned by his brutal past. His mission: kidnap a peaceful Muslim scholar and kill him. In New Delhi a closeted homosexual girl leaves her orthodox cop father’s home. Her mission: kidnap her activist bisexual lover and marry her. Set in the most archetypal cities of economic and patriarchal control, four characters come face to face with gruesome acts of violence in a battle of identities against unfreedom. The choices they make when they are most cornered in life expose the blemished reality of contemporary world.