Click on the red icon to buy tickets for this session. On AMC / Fandango page enter theater zip code 02111 and click on showing date to purchase tickets.

Jordan, a young man with Obsessive Compulsive Disorder, reflects upon his relationship with his girlfriend and trials with maintaining a sense of normalcy in their relationship.

Franky has been betrayed and everyone close to him soon discovers that vengeance is not what he seeks. He wants a lot more than that. 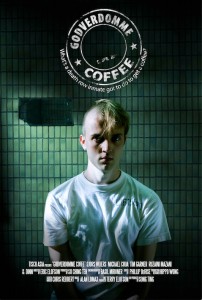 Godverdomme Coffee is a dark comedy about a Dutch tourist on death row who must do everything in his power to overcome the burdensome bureaucracy of the Singaporean prison system if he wishes to get his last meal request filled. Like any good cup of coffee, this comedy is black. 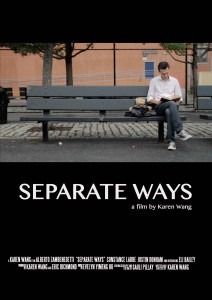 A chance encounter with a castoff teddy bear turns out to be a young man’s saving grace. 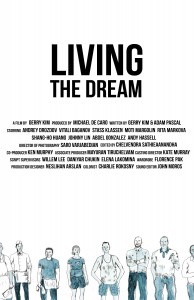 A young gangster has aspirations of quickly moving up the ranks of a modestly sized Jersey crime syndicate, but soon discovers that cutting corners will lead to troubling consequences. 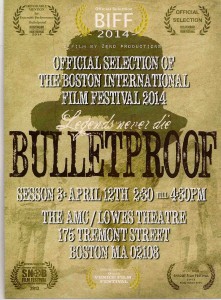 “Bulletproof is the story of young Benny Jackson, who is in danger of losing the beloved family business, Bulletproof Jackson’s Saloon to an avaricious developer. In his quest, Benny stumbles across a journal that belonged to his great great grandfather, the famous gunslinger Bulletproof Jackson.  We are brought back to the wild west where we learn the true legend of Bulletproof and perhaps the secret that will save the Saloon.
Bulletproof was made by Zeno Mountain Farm, by actor’s with and without disabilities. No one is paid or pays to be a part of the film making process and all proceeds of the film go towards creating our next.”